Music superstars combine to release album in aid of BTA 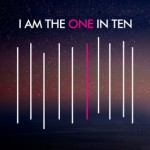 Available from iTunes and all good digital stores from 4 March, “I Am The One In Ten” is a compilation album produced by the British Tinnitus Association under the guidance of DJ, Producer and BTA Ambassador Eddy Temple Morris.

All eighteen tracks on the album feature cuts and remixes from number one artists including Black Eyed Peas and Embrace, a previously unreleased Coldplay remix, personally approved for this album by Chris Martin, as well as tracks from cult club DJs. Every track on the album has been donated by an artist who lives with tinnitus and each person involved in the stages of the project is affected by the condition. The album’s title refers to the number of people in the UK living with tinnitus. An accompanying promotional video can be viewed at https://youtu.be/r1ly84piHGU

Musician Hiatus (Cyrus Shahrad) said: “Tinnitus affects me every hour of every day, and not a day goes by where I don’t think about giving up making music because of it. I’ve no doubt future generations will look back in disbelief at the punishment early ravers and rockers inflicted on their hearing, yet still I meet kids in clubs who laugh at the idea of wearing earplugs. Some of them, like me, will find out the hard way, but the work of the BTA will help others avoid this terrible condition. It’s an honour to be a part of this album, and to do my small part in spreading this urgent message.”

London Elektricity (Tony Colman) adds: “Tinnitus is a major issue that affects millions of people and, like many conditions, it’s not talked about. I suffer from it, but I’ve learned to love it – I figured there was no choice – but some are not so lucky, and it can even drive people to suicide. This release is to focus awareness on tinnitus and I’m very happy to be able to contribute in some small way with a song I wrote specifically about my feelings about tinnitus.”

BTA Ambassador Eddy Temple-Morris said: “We’ve had some incredible support from some of the biggest artists in the world, right through to some of underground electronic dance music’s leading lights, plus writers, pluggers, managers, DJs from radio and clubs, studios and an army of helpers, all of whom have tinnitus.”

He adds: “Music and tinnitus have been unhappy bedfellows ever since the first time music was amplified, and the number of people suffering will increase and keep on increasing, whilst our ears get battered more and more by mp3 players, mobile phones, and speakers in our daily lives. Never has there been a need for more research, so we can better understand the condition and therefore get closer to finding a cure. This is an amazing way to raise awareness and funds for the BTA and we’re hugely grateful to everyone involved.”

One in ten people have from tinnitus, the sensation of hearing a noise which has no external sound. This can be a buzzing, ringing, whistling or a more complex sound. The British Tinnitus Association is the leading charity in offering support to people with tinnitus. It strives to raise awareness of the condition, provides information to those with tinnitus, and offers guidance on prevention. It receives no government funding for its work. Proceeds raised by “I Am The One In Ten” will go to the British Tinnitus Association in order to help the association continue its vital work.

Full track listing for I Am The One In Ten:

“I’ve no doubt future generations will look back in disbelief at the punishment early ravers and rockers inflicted on their hearing, yet still I meet kids in clubs who laugh at the idea of wearing earplugs.”

This website uses cookies to improve your experience while you navigate through the website. Out of these, the cookies that are categorized as necessary are stored on your browser as they are essential for the working of basic functionalities of the website. We also use third-party cookies that help us analyze and understand how you use this website. These cookies will be stored in your browser only with your consent. You also have the option to opt-out of these cookies. But opting out of some of these cookies may affect your browsing experience.
Necessary Always Enabled
Necessary cookies are absolutely essential for the website to function properly. This category only includes cookies that ensures basic functionalities and security features of the website. These cookies do not store any personal information.
Non-necessary
Any cookies that may not be particularly necessary for the website to function and is used specifically to collect user personal data via analytics, ads, other embedded contents are termed as non-necessary cookies. It is mandatory to procure user consent prior to running these cookies on your website.
SAVE & ACCEPT